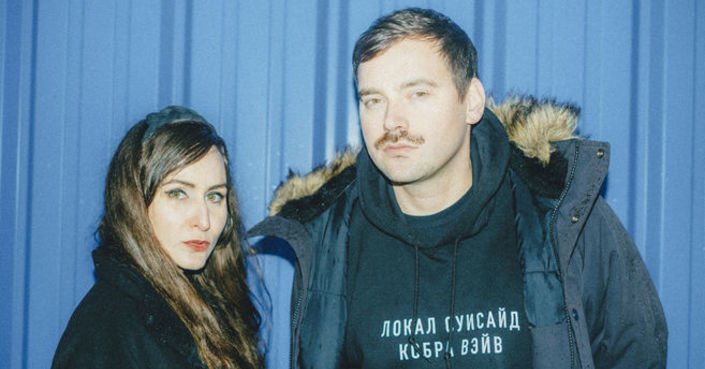 The track was taken from Local Suicide’s long-awaited debut album ‘Eros Anikate’, released on their own label Iptamenos Discos. The album received unanimous praise and global coverage from major publications such as Mixmag, Magnetic Mag, Groove, Lifo and Avopolis and has since been on high rotation on radio stations throughout Greece. It will be followed by four remix EPs, two of which are already out on Iptamenos Discos. The EPs include remixes by the likes of Adana Twins, Echonomist, Biesmans, Silicone Soul, Die Selektion, Boys Shorts, and many more.

With ‘Agapi’, Local Suicide and Sissi Rada try to answer an impossible question: what does love sound like? In their realm, it is a combination of the enchanting voice of Sissi Rada infused with a slow wobbly bass and eerie, piercing synths by Local Suicide. Breaky drums make a very brief appearance, letting listeners indulge in the dreamy vocals. Sissi Rada is originally from Athens and has made her mark with her superb atmospheric soundscapes strongly influenced by the harp she learned to play early on. The lyrics, as hypnotic as the sound, uncover the many emotions that transpire from love. The music video takes place underwater: for director Ceyda Yagiz, “Agapi’s universe is the sea, mother of all that lives according to Jungian archetypes. Inspired by the lyrics, I imagined Agapi as a journey to one’s subconscious where the hidden surface is and dealt with. Color blue being the ultimate cure for pain, holds our hand in this dreamlike bath”.

Ceyda Yagiz is a Paris-based filmmaker and DJ from Turkey. She is currently doing a writing residency in South of France to develop the scenario of her upcoming short film. She is also a team member of the French party line “la Culottée”. All images were shot by Istanbul-based photographer and director Mehmet Gökdel.